Dear Ramin Ton friends, fans and followers. After 5 years I am sad to announce that Ramin Ton says Goodbye and ends to be. We had our ups and downs, organized great concerts and participated in great events. But after all in the end of 2012 it became clear that we do not share the same vision anymore and that it is better for each of us to focus the indivual ideas and not hold the label up anymore as a funky label of some cool guys. The most of us will keep on making music, but will look for new umbrellas to share their work with you. We thank you all for your support!
To find the individual artists go here:

Today is the 5th birthday of cyan kid's myspace (link) which means cyan kids birthday. 4 albums have been made in those years (2 of them with friends Terror Bird and Allie) and I wanna use the occasion to separate from my cyanese twin and finish the project by releasing another 4 on this present day.

Among other they include the original material from the 2 mixes released on YouTube and Mixcloud last year. Possible future sounds will probably not be released under that name.

They are available from today on the new Cyan Kid Bandcamp site that also features all previous releases, and eBay (see "RTN049 Cyan Kid Bandana" below):

I wanna send out my love to everyone who has ever been involved in the Ramin Ton collective and am looking forward to the release of both Allie's and Oh Ne's new album. Special thanks to my boys Loki who helped with archive recordings needed for the project, and Omar who I couldnt have done this without and who provides the following beautiful introducing text for today's releases:


I sip sour white wine as i wait for midnite. 7 used snuses on a plate where my dinner sat. augustines mjau for he hasnt seen him for 2 days. will he as cat understand that his lovers body is a tool for making the music of cyan kid? he lies with paws on snake longing for the tan hand currently being unfaithful at ableton live.
max boss, the body where the cyan kid settled 5 years ago, is working on a bomb. installed in the headquarters with wild growing facial hair and living on leftover christmas candy and vitamin pills only, blue and yellow, one in the morning one in the night. u would be surprised how fit and tan, considering he doesnt go outside and he eats no vegetables. he does have his daily espresso tho and for this he walks out into the backyard and up 4 stairs to the friendly freak of a neighbor osman eriksson and the roommates augustine and stine. osman makes the finest espresso and sometimes theres even some left over-lunch for max.

lately osman has had a little worried look on his face seeing maxes growing facial and skinny bones, but he doesnt mention it as he respects the way of the struggling artist. and as soon as max is opening up about the coming of techno, osman is assured of the importance of the growing beard. the music must own time till deadline.

i think about music journalism. no i don't but I'm looking at this cool magazine lying here about girls on drums maybe wishing i could write an actual album release text, all-nerd, throw off-term, but I'm just a heart right now dropping some lines about the max boss based phenomena cyan kid, an always-surprising never-boring heart-breaking breath-taking booty-shaking pop-chameleon. and my love for the base of it.

augustine has a big crush on max. it started for real when he gave him a hickey the other day, it may have been an accident but in the heat of the moment playing with the snake, a gift max brought, his little claws ripped maxes neck open. augustine finds this incredible sexy and motivating. he will sit down watching max drink the coffee and chew the food focusing on his steady jaws and neverending tan surrounding this hickey. when coffees done augustine will mjau until max will play with the snake and when max leaves he will weep and try share his confusion wit osman or stine but they be to lazy, to boring, stine at the computer, osman at the soft spot.

an xl pizza to regain strenght. the bass, the tapes, the analog box, the singer, the songwriter, the techno, the kid, the end, the principles, the concepts, the power eso, the new rooms, the silence, the loggia, the forest.

i have seen shadows in the hallways, a shadow only driven by needs to pee or cups of tea. tho what it cannot escape is our midnite. the holy nightcap is respected and evermore appreciated in tight times. my mattress holds the liquor. nowadays the berliner luft peppermint, no fridge lukewarm in little turkish cups under the brutal light of the lone bulb.

how we would be having silent parties in the night next door, not keeping it down for he would not be bothered thru headphones anyways but silent parties itunes shuffle out of built-in speakers at mattress, only half present for the better ear to be possibly so lucky to hear something, a promise of what to come, of what to be recently added in our itunes in a week, in 4 days, tomorrow. this kid this forever best friend sitting tight next door working on something that i take for granted will have huge impact in my daily routines which is already so much him, but u know, something at my ipod when he doesnt wanna follow to the store or in my walks around the park.

there will be cup-noodles, yumyum curry. i am told how the facial hair is driving him crazy. sometimes its hard to tell if the current craze is a good or a bad one. im guessing as long as u get ur stuff done its good enough. how the brown eyes focuses, how the headset fits the head around the unshaven face. how the noodle soup breaks get shorter and shorter, more and more efficient. but he will never eat and work at the same time, these things are naturally separated. and how i love his logics that makes so much sense when i see it in his perspective tho they never apply to me. light must be visible at the end of this tunnel for he took his time tonite, even a snus. fatlipped we were silently speaking of thursday

this is starting to look like a teaser for the auto-biography SHOWER OF AN ORCHID - THE UNAUTHORIZED AUTOBIOGRAPHY OF MAX BOSS that will come out some day. its not. these are words on cyan kid and life among it. These are words of love and affection. These are stories of northbound hearts and hair-growth. This is a compliment to the bomb.

as it is now, i am stine, roommate of osman and augustine. we live on the 4th floor in the vorder hause max lives on the 1st floor of the hinterhause. i go down for the midnitecap. down the flowerpainted staircase, painted by the kunstler im hause. snow is falling on the ground between our buidings. tonite so fresh i was the first to put traces. a silent backyard towards a door neverlocked. we finished of the peppermint. light must be visible at the end of this tunnel for he took his time tonite, even a snus. fatlipped we were silently speaking of thursday.

its mixing day. i can tell by the way he has to sit straight. i stay horizontal. i need no more than to observe this in the making and the promise of tomorrows parties and the privilege of being right here and free downloads to come.

farewell kiddo, and thank u for the music.

This album will only be available through eBay as a stream in the auction of the bass guitar the album was made with. After the end of the auction it will be released to Bandcamp, iTunes etc 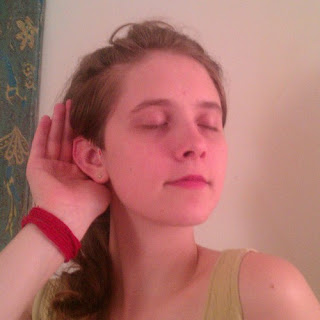 Ra Saite compiled his works of the last 3 years into a new record- You are Sound. His sounds seem more diverse then on make a plan, but also more focused. Some songs are hard to grasp, noisy, fast and spherical, while others hold his unique footprint, wrapping sweet melodies around each other. You are Sound is a statement a compliment to the connoisseur of music, as you are a sound person and you are are the sound that you are listening to. So listen carefully.

The End of Pjtr Kaufmann

Not that he decided to leave Ramin Ton, but he quit his duties to the world in general. We hope you enjoyed his work as we did. And more lilekely we hope you fell the same sadness we feel about his dudden decease.

Soon hereafter we'll release a collection of Pjtr Kaufmann's last songs. His deeds are over.
Ramin Ton will carry on, but it misses an important part of it.
Actually we don't know how to carry on, but we will. He was such an immense part of us. Nothing seems important without him. But it was his decision. Things change.

The pain we feel is ours, we hope you can share some of it. 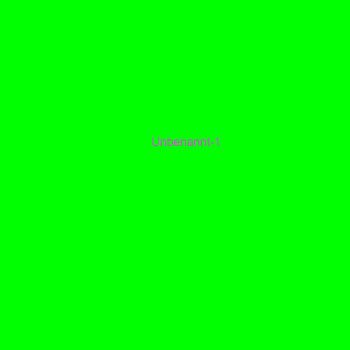 A track in German language from the upcoming release. What? Usted no habla alemán? Fuck you, learn your German!
Good luck.
Gepostet von Ramin Ton unter 12:17 AM 0 Kommentare

LISTEN TO MOST OF THEM IN THIS YOUTUBE PLAYLIST:

Shiriaki releases his 2nd album "that very night". It tells from hotel skyscrapers and lights in the nights, winterroads & the pacific ocean.
Listen to this fine piece of fortune music and romantic ballad.
Cover artwork was made by Per Mertens aka Pjtr Kaufmann.

Only some minutes left!!!!!!
Watch the trailer on repeat and make it your countdown. The album will be here within the first hour of december 9th. Mark it your new holdiday, december 9th. Shiriaki Day!
Gepostet von Ramin Ton unter 11:32 PM 0 Kommentare 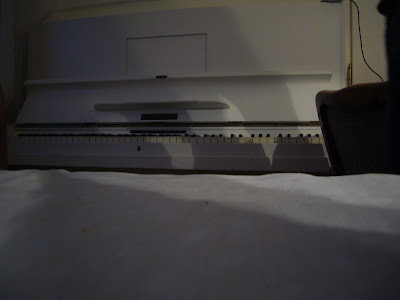 Here is a recording I made when I was stuck in my parents' house between Christmas and New Year in 2009: white and very out of tune. Its the only song I can play on piano and I play it every time I am around one to keep it in my mind. It never changes.

Somehow I forgot that I once took the time to record it and never used it for anything. So I will put it out now before I forget again.